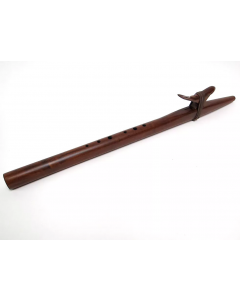 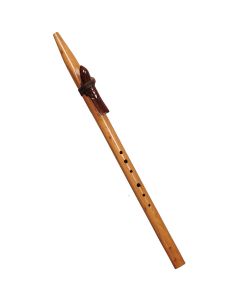 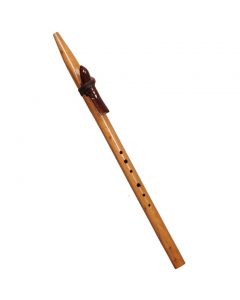 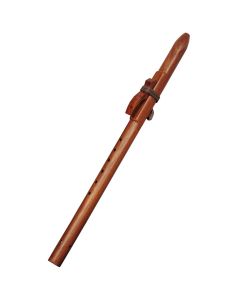 This type of flute as the name suggests is another one of those beautiful musical instruments that belong to flute family. The players can hold the flute in front of them with hands. The flute has finger holes where players can put their fingers and remove them to produce a desirable sound. The chamber of the wooden flute creates that sound and users can take a breather while they block the holds with their fingers.

Native American flutes come in a myriad sizes, shapes, and styles both new and historic. There are far more variations of these flutes than woodwind music instruments. The history goes back to indigenous people in America who invented the flute with holes in a wooden body. The current design of this Native American flute is older than 1823. For example, in Akimel culture, the flutes were developed that used a piece of cloth to produce a sound mechanism externally. The modern Native American flutes have evolved since then.

In Mississippian culture, the design was two-chambered that were constructed over a river cane. The sound chamber in a flute makes the air vibrate as the airflow reaches the edge. Finger holes are also located near the sound champers that helps the players to alter its frequency. On the other side, the foot of the flute has direction holes that impact the pitch of the flute.

The material used in the construction of Native American flutes is mostly wood such as cedar, walnut, juniper, and bamboo wood. From indigenous cultures, flute developers used any material that could be changed to create long hollow barrel.

There are many mental and physical advantages of playing and listening to a flute. For example, playing flute improves heart rate and promotes resilience. Flute in American and European cultures is also used as a musical therapy. Especially in modern era, Ojibwa music refers to a therapy music that utilizes the powerful sound of flute to treat patients of cancer and heart disease. Moreover, flute has also been proven beneficial in ergonomics in the Native American culture.

As far as the tuning is concerned, Native American flutes have a predominant scale since the 1980s. On the primary scale, the players can play several notes such as root, minor third, perfect fourth and fifth etc. several early recording of this instrument are still loved by the modern players who use three root keys from C2 to A5.

A Native American flute has 5 to 6 holes in its body. The flute also has a finger hole that can be tucked with a thumb. Many recordings reveal that this flute is played in the format of indigenous cultures.