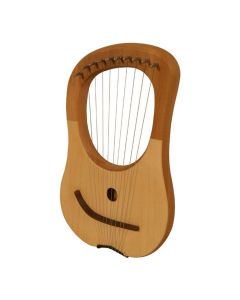 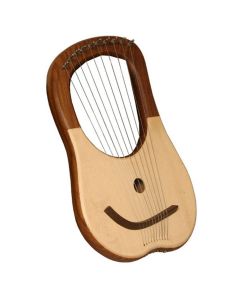 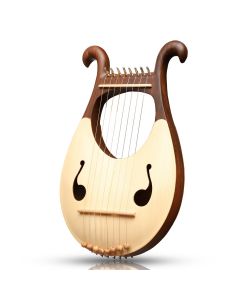 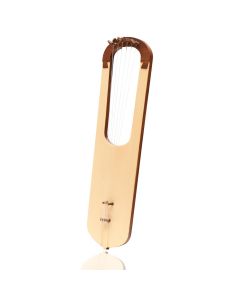 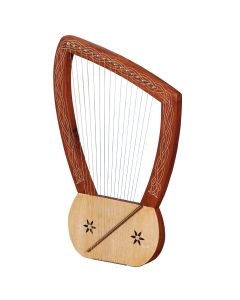 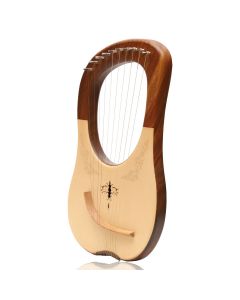 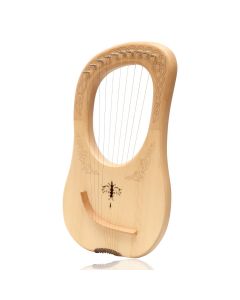 The lyre belongs to the family of stringed musical instruments that were used in Greek antiquity and later eras. The lyre also resembles in shape with small harp. Organology has another name for lyre harp such as “yoke lute”. This means that lyre is a type of lute in which the strings are attached to the yoke. Lyre was extensively played in Greece due its great sound quality to enrich poetry festivals. It was also played in many Jewish folk festivals in Eastern Europe. Lyre harp was also popular in Greek, Turkish, American, and Gypsy cultures due to its Jazz-like rhythms.

The earliest forms of lyre contained seven strings during the 14th century B.C. in the ancient days, lyre was played by people by strumming the strings with a pick called plectrum. This shows its stringed nature like a zither or a guitar. However, like harp, lyre players do not pluck strings with a bare finger. Lyres were also played in Europe and some regions of the Middle East.

The Beautiful Lyre Harp in Europe

An authentic lyre harp is a beautiful thing to look at and play as well. Musikhaus Prince now offers some of the most attractive and outstanding music output lyre harps in Germany and rest of Europe for every preference. We have a wide range of custom hand finished lyre harps made from authentic materials. Our in-house manufacturing and skilled hand craftsmanship ensures your instrument doesn’t only sound good but looks artistic as well. Different wood verities and colour finishes are available to provide our customers the very best lyre harps they have come to expect from us. Place your orders today to get your instrument delivered to your doorstep anywhere in Europe.

At Musikhaus Prince, we provide our customers affordable lyre harp in Europe for every preference. Our skilled craftsmen always guarantee the highest attention to detail from string placement to fittings. We also ensure authentic British and European woods for our lyre harp in Germany making it not only sound great but also last long as well. Our instruments will never let you down no matter where or for who you need to play them. Place your orders and save money on affordable lyre harps and all other stringed instruments. We are available for custom orders as well.

In different regions, the number of lyre strings varied from four to seven to ten strings. Those strings were used without a soundboard. Some organologists regard lyre as zither and others regard it separate from zither. In 2010, a 2300 year old lyre was found in Scotland, on the Isle of Skye. However, the dates of origin of lyre and its European evolution also vary. Variants of lyre were developed in Europe such as:

Musikhaus Berlin Germany www.musikhausprince.de has a wide variety of Anglo Saxon Lyre from the 7th century available in 6, 10 and 16 strings. Special rosewood is use to created a perfect body that comes with an ash wood soundboard. The nylon strings produce a perfect sound with the 10 string lyre harp. It looks as beautiful as a decoration piece because you can also hang it on your wall.